In repeated rejection of exported crop, failure of efforts to grow pesticide-free basmati

Earlier the restrictions were imposed by European Union (EU) only but now it is spreading across all the countries which import basmati from India, he added. 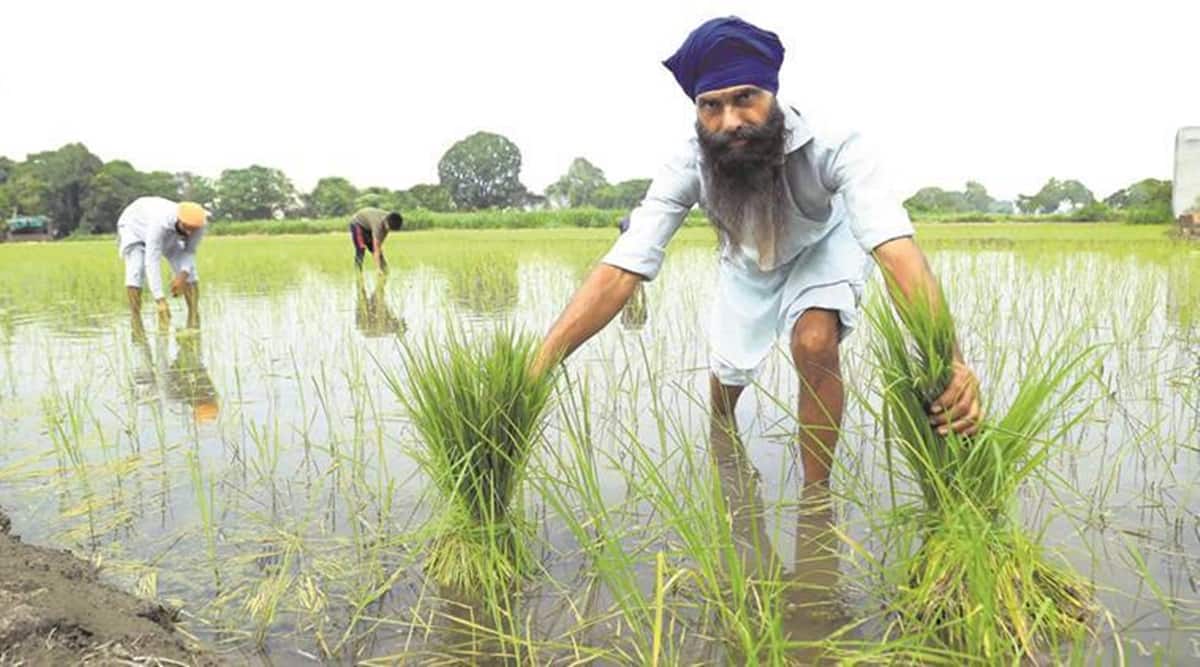 Still several countries are rejecting Indian basmati containers due to pesticide residue in the crop.
Basmati exporters from Punjab and Haryana have been educating farmers for the past four years to stop indiscriminate use of pesticides but the results on the ground are not encouraging. Still several countries are rejecting Indian basmati containers due to pesticide residue in the crop. A big rice exporter from Punjab (requesting anonymity) informed that, “Around 8-10 containers – each container carries 20 tonnes basmati rice — are being returned by several countries every month as recently 5-6 containers were returned by Egypt and even Lebanon Yemen and Jordan too have returned our containers on the pretext of high residue of pesticides against the required limit.” Earlier the restrictions were imposed by European Union (EU) only but now it is spreading across all the countries which import basmati from India, he added.
Rice Exporters with Agriculture Export Development Authority (APEDA) under the Ministry of Commerce have been conducting camps at village level where several basmati growers are invited to educate them about harmful impact of pesticides, which are banned in several countries, and even they register farmers so as to have a continuous link with them to make them aware about the update on the use of only recommended pesticides in case of any need and its dose. Even farmers are provided with information about the weather conditions to keep the crop healthy in adverse conditions too.
“But still farmers have been using several non-recommended pesticides including Acephate, Carbendazim, Thiamethoxam, Triazofos, Tricyclazole, Buprofezin, Carbofuron, Propiconazole and Thiophanate Methyl etc. ,” said another exporter, adding that the farmers under the influence of pesticide companies, which have a vast network of dealers across the state, have been using these non- recommended pesticides. They said that till the time Centre and state government will not take interest, this usage will not be stopped because pesticides companies are big giants and have a vast network in the state and they influence farmers easily on the name of poor crop if the pesticide is not used etc.   “If the supply of such pesticides is stopped then these will not be available to the farmers. These pesticides are not at all required for the crop but under a force of habit farmers are using these even without their need,” said Ashok Sethi, basmati exporter and director, Punjab Rice Millers and Exporters Association, Punjab, adding that we are educating farmers how to control the attack of main diseases. He said every month their containers are rejected due to the presence of pesticide residue despite their large efforts of educating farmers against their usage. “Just finding some insects and fungus does not mean that farmers need to spray pesticides and fungicides as there is always Economic Thresh-hold Level (ETL) level of every pest and if it crosses that only then treatment is required not before that, but what is happening here is that farmers are using pesticides for these diseases even before their attack as precautionary measure which is not only increasing farmers’ input cost but also injecting pesticides in natural growing crop,” said Sethi. “Also farmers are using double dose of several recommended pesticides which is also responsible for presence of residue in the crop, if a recommended pesticide is used at the time of its requirement in a required dose then its residue would not be beyond the permissible limits in the crop,” said Agriculture Officer, Pathankot, Dr Amrik Singh. A pesticide dealer said Tricyclazole (a fungicide) to control ‘neck blast’, which may appear in over 3 months old crop during grain filling stage, is always used more than double dose. Its residue remains in the crop because it is used just a month before harvesting. Similarly Propiconazole (a fungicide) is to be used in seed production, which is required for next sowing, but farmers are using it for shining purpose of the grain which is not required but we sell under pressure of big companies which ask us to do so because farmers in Punjab are highly in favour of usage of pesticides and fertilisers whether crops need it or not,” he added. Pesticides and Fertilisers Association (SPFA), Punjab, state president Mohinder Pal Singh Khalsa, stressed upon that not only the basmati growers but all farmers who grow different crops must go by the advice of Punjab Agriculture University (PAU), Ludhiana, authorities and avoid overdosing to save our food chain from chemicals.
Author Name: https://indianexpress.com/article/cities/chandigarh/in-repeated-rejection-of-exported-crop-failure-of-efforts-to-grow-pesticide-free-basmati-7444952/
Date: 09-Aug-2021