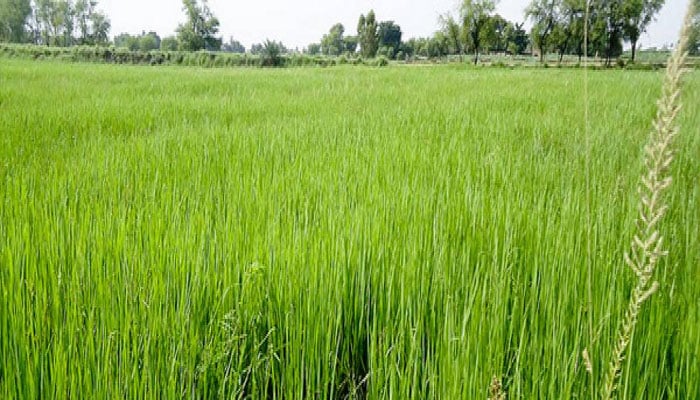 ISLAMABAD: Bolstered by a bumper crop, Pakistan is poised to export near-record volumes of rice this season as the country struggles to manage surplus stocks of grain, a minister said on Monday. Pakistan planned to offer over 8 million tons of rice to foreign buyers as by December around 11.43 million of rice stocks will be available in the market for 3.4 million tons of local consumption. Syed Fakhar Imam, minister for National Food Security and Research said the country would offer rice worth $5 billion this season for exports to cut its ballooning surplus “but at the same time it’s a challenging task”. “This year we have over 8 million tons of exportable, worth around $4.85 billion. If we succeed in exporting this surplus rice, it would be a major breakthrough,” Imam told a news conference. China, Kenya, UAE, Afghanistan and Saudi Arabia were key exports destinations of Pakistani rice over the last five years and imam said the government is mulling to setup a committee or task force on national level under the supervision and monitoring of the Prime Minister to push rice exports to new markets including. Africa and Latin-America “Exports have been a major challenge for the country over the last one decade and have been in the bracket of $21 to $25 billion. If this avenue is exploited and the rice is exported, the country can earn more forex and jack up our total exports,’ he added. Imam said the provincial crops reporting departments have reported a bumper rice crop of 8.96 million tons from 3.5 million hectares during the Karif 2021/22 crop year. Last year the country produced 8.41 million tons of rice. The government estimates that total available stock by December 2021 will be 11.43 million tons. Deducting 3.40 million tons for domestic consumption, 8.03 million tons is available as exportable surplus. Of the total exportable surplus, approximately 30 percent is basmati (2.41 million tons). Currently, the average export prices of basmati and coarse rice are $870/ton and $490/ton respectively. At these prices, Pakistan can earn $2.10 billion and $2.75 billion (total $4.85 billion) from the export of basmati and coarse rice, respectively. Official data showed that the country produced 8.41 million tons of rice and had a carryover stock of 0.51 million tons. Around 8.92 million tons of grain stock is available for domestic consumption and export. Up to November 2021, approximately 3.1 million tons were domestically consumed and 3.34 million tons was exported. Currently, the country has last year’s carryover stock of 2.47 million tons. During the last fiscal year, Pakistan exported 3.50 million tons of rice, valuing $2.11 billion. However, rice exports fell 12 percent compared to exports of FY2019-20 due to Covid-19 related disruption in shipments. “In FY2021-22, our exportable surplus is 128 percent higher than that of last year. Now that the shipment disruption is easing, Pakistan should make every effort to export 8.03 million tons and earn $4.85 billion which will be $2.74 billion more than that of last year,” Imam said.
Author Name: https://www.thenews.com.pk/print/912775-pakistan-poised-to-export-near-record-rice-volume-this-season
Date: 30-Nov-2021